Stand-up Comedy Showcase with Danny Dechi & Friends at Neck Of The Woods!

Comedy Showcase with Danny Dechi and Friends
at Neck Of The Woods!
FREE Admission!
Every Tuesday!

Karaoke after the comedy

Smartphones are nothing new. During Neanderthal times, a villager by the name of Uug, who wanted to make smoke signals easier to use, invented the compact smoke signal apparatus, which could fit in the palm of the hand. Unfortunately, this invention was a safety hazard, causing men’s beards to catch on fire. Uug was banished from his tribe.

Uug was frustrated in living in such an unsophisticated world, and only eating pebbles for breakfast. So he built a spaceship that took him to the planet Krypton. The red sun from that solar system gave him super powers, and he became a super hero. But only one week later, Krypton exploded, and no one knows what became of Supperuug. Fortunately, Krypton’s tragedy gave Earth our own Superman, thank Rao.

Another fun fact from Mr. Science.

The Future is here!

When I was a kid, they told us that in the future, we would have flying cars.
But instead, we got this: 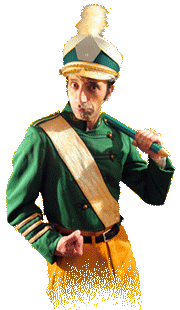